*Or you might, actually, but I never went, so how would I know?

I say… And you think…

When I used to do tech support for a certain computer company with a fetish for cow spots, one of the things I was often asked was “how do I share my data?” It’s something my husband, the network engineer, has to deal with on a daily basis. How do you safely share files, back up critical things, without resorting to less-than-great security, or easily misplaced flash drives? The other question was, “My computer crashed, how do I get my files,” to which our first response was always, “well, did you back up?” You’d be surprised at how many people said no.

An excellent solution for this is an online backup service, such as iDrive. For no money at all, you get access to 2 GB of space on their server. For $4.95 a month, or $49.95/year, you get unlimited storage space. It’s enough to back up all the data on the average PC (something most people don’t do, but which everyone ought), or share files with remote users in Rome, Paris, San Francisco, Tokyo, and Dallas, without allowing remote access to your own machine.

Even if you already have the contents of your hard drive backed up, iDrive is great as a backup solution. I’ve always been told that crucial data should be backed up multiple times, with at least one copy stored off-site. This is a great way to do that, without having to make periodic trips to dusty storage units, or remember which file cabinet in the office holds your disks. Also, since they have almost-instant backup of their own servers, your data is doubly secure.

Even if you don’t use iDrive, make sure you back up your data on a regular basis.

But if you travel, share files, or live in a place prone to electrical failure, consider iDrive. iDo.

According to the calendar, summer doesn’t end until the autumnal equinox about three weeks into September, but Labor Day Weekend always feels like the fiscal end of summer, even if I no longer measure the year according to school vacations, as I did when I was a child, and as many do who have children now.

In our neighborhood, the school children disappeared from the streets in mid-August, which seems unusually early, but they also get out in late May. I’m not sure why. All I know is that the beginning of their school year brought an end to the sound of laughter as they chased each other around the neighborhood on impossibly small bicycles, stopping to greet my dogs if we happened to walk down the block where they were congregating that day.

Soon, I know, other endings will come: the end of hot, sunny weather, the end of leafy green trees, the end of nearly infinite twilight, and the end of an undecorated park, because there are no holidays between Independence Day and Labor Day for the Homeowners’ Association to celebrate with kitschy ornaments and seasonally colored twinkle lights.

While summer may be over, however I don’t see fall as any kind of ending. I find renewal in the turning of the leaves, refreshment in the cooler weather, inspiration in the earlier nightfall, and comfort in cozy evening spent at home, dressed in pajamas and fluffy slippers, and sipping tea or hot cider, while a fire crackles, and soup simmers in the crockpot.

Summer is not soup weather.
Summer is for salads.

If fall is an end to anything, it is the end of the time when I happily choose salads over warmer, more substantial foods. Bring on the pot pies and meatloaf – I’m ready for meals that require two utensils, instead of merely one.

The end of stagnation.
The beginning of creative freedom, and personal fulfillment.

The end of summer.
But not “The End.”

~ ~ ~ ~ ~
Sunday Scribblings was set up to provide inspiration and motivation for anyone who enjoys writing and would like a weekly challenge.

@juliahosack I got hired as a Star Trek features writer for Screen Rant. Seeing Picard has nothing to do with the byline.
h J R
@melysse

@juliahosack I don’t know if you caught the byline on that Seven piece. But... I have a new gig.
h J R
@melysse

Star Trek Theory: Seven Of Nine Was Rejected From Starfleet Star Trek: Picard's vigilante version of Seven of Nine was likely due to her being rejected by Starfleet following the Voyager's return. Link: https://t.co/WXKtPHlOSi https://t.co/ARDAvptKSm https://t.co/ZgSB7YWWO8 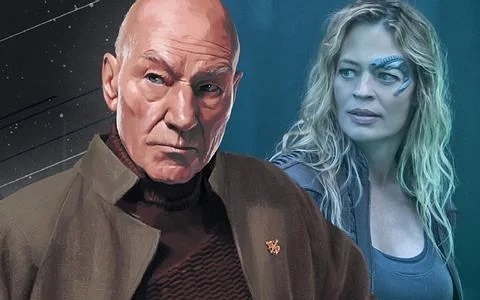 Spotlight: You Never See Rainbows at Christmas by Elaine Spires